Home Nieuws Muslim Eye SPECIAL | “I have no business still being alive!” –...

Fresh from his exclusive interview with Abu Qatada in the Jordanian capital Amman, Bilal Abdul Kareem sat in the International airport in Doha, Qatar and contemplated his next move. It was 2014 and officials gave no reasons why he was being prevented from entering the country he had made his home. He described himself as a ‘refugee’ with no place to head for!

Today Bilal’s home is Eastern Aleppo. A city almost completely destroyed by Russian and Syrian regime airstrikes but where, remarkably, the resilience of the fighters on the ground appears to be undiminished. Bilal told “Muslim Eye” that the mood among the fighters was neither one of silent resignation nor one of quiet acceptance of defeat, on the contrary, the atmosphere was one of defiance and a confidence that the siege would soon be broken.

At the centre of Bilal Abdul Kareem’s bravery is the unrelenting burning desire to reflect real Muslim voices and narratives. Formerly, an employee of Al Huda TV, Bilal’s departure from the station reflected his passion to allow Muslim voices to be heard. Although he was impressed with the work of the Channel, he felt the impression it gave was that Muslims did not have any problems around the world!

His decision to enter Syria followed a number of hard-hitting documentaries he had made to reflect the plight of voiceless Muslims. His documentary on Barber Ahmed, British activist facing extradition to the United States, helped bring to the world’s attention a man who had been incarcerated without trial for 8 years. Now in Syria, he arrived to reflect the view of hundreds of Western fighters who had come to Syria to help out with the war effort.

Bilal recalls the fear he felt as he crossed the Syrian border from Turkey, he was easily the odd one out. A black American from New York speaking Arabic with a foreign accent but quite clearly a man who could be trusted to reflect the plight of the Syrian people and the various armed groups that emerged to protect the people being attacked from all directions by the Syrian regime. Bilal soon became a celebrity in his own right reporting as an independent on the major world news networks about the views, opinions, and conditions of the Syrians on the ground. 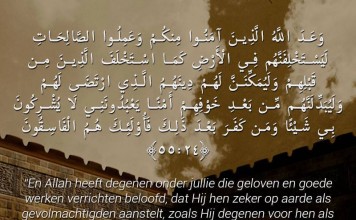