Iraq’s forces resumed their advance on the Islamic State group’s bastion of Mosul on Monday, aiming to position themselves a few hundred metres from the city’s eastern limits.

A senior officer with the elite Counter-Terrorism Service (CTS) told AFP reporters outside the recently retaken town of Bartalla that only two villages remained on the road to Mosul.

“The target is to retake Bazwaya and Gogjali, the last two villages before Mosul,” a lieutenant colonel said.

“If we manage that, we’ll only be a few hundred metres from Mosul,” he said.

As an aircraft struck a suspected IS mortar position in the distance, the officer’s convoy of Humvees sprayed gunfire across the arid plain toward an industrial area still held by militants.

The Joint Operations Command coordinating Iraq’s war on IS said CTS and army forces launched a drive “to advance toward the left bank of the city of Mosul from three axes.”

Mosul is split down the middle by the Tigris River. Iraqis refer to the eastern half of the city as the left bank and the western side as the right bank.

The tens of thousands of security personnel involved in Iraq’s biggest military operation in years were moving mostly on three main fronts: north, east and south.

They are not directly headed for Mosul but setting their sights on the town of Tal Afar to the west, with the aim of retaking it and cutting supply lines between Mosul and the Syrian border.

The initial shaping phase of the operation, during which dozens of villages and several towns have already been recaptured from IS, is still under way.

Iraqi forces are then expected to besiege Mosul, attempt to open safe corridors for the million-plus civilians still believed to live there, and breach the city to take on diehard IS militants in street battles. 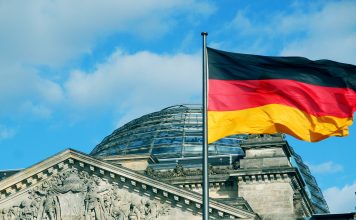