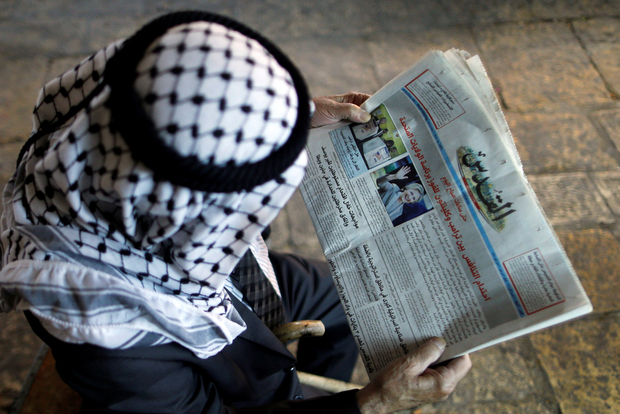 BETHLEHEM, Occupied West Bank – Palestinian President Mahmoud Abbas vowed on Wednesday to deal with “any president elected by the American people” following Donald Trump’s shock win in Tuesday’s election as an Israeli government minister declared that the “era of the Palestinian state is over”.

A statement released by Abbas’s office said the administration in Ramallah would “deal with any president elected by the American people on the principle of achieving permanent peace in the Middle East based on the two-state solution”.

But in Israel the mood was more triumphant with Prime Minister Benjamin Netanyahu calling Trump a “true friend of Israel”.

Israeli Education Minister Naftali Bennett also said Trump’s victory offered an opportunity for Israel to renege on the notion of a Palestinian state.

“Trump’s victory is an opportunity for Israel to immediately retract the notion of a Palestinian state in the centre of the country, which would hurt our security and just cause,” Bennett, who heads the hardline Jewish Home party, said in an apparent reference to the occupied West Bank.

At the opening of Wednesday’s plenary session, Knesset Speaker Yuli-Yoel Edelstein congratulated Trump on his victory in the US presidential election.

“We are confident that the longstanding friendship and alliance between the United States and Israel will remain strong during Mr Trump’s term in office,” Edelstein said.

But Mustafa Barghouthi, the leader of the Mubadara party and a Palestinian legislator, said he did not see “any serious difference” between Trump and his defeated opponent Hillary Clinton.

“Both of them as part of the greater US administration are very biased towards Israel,” Barghouti said. “This result is very clear – it should mean to Palestinians that we need to use different methods than relying on the US to change the state of Palestine.”

“I think the election of Trump will open wide the possibility for other international forces to be involved in the Middle East, given that I don’t think that Trump will be able to play a constructive part,” he added.

And Knesset lawmaker Jamal Zahalka, who represents the Balad Party on a joint list, told MEE: “Trump’s victory is bad news for all opponents of racism, to all followers of democracy and human rights and social justice. It enough to see the happiness of Netanyahu and those around him with Trump’s victory. This is the clearest evidence of Trump’s political leanings and his allegiance to the camp of extremism that is opposed to human rights and the rights of the people.

The far-right camp, and the dominance of the logic of strength and the demagogic populism of the power of money – which seems to be a local phenomenon from one country to another – has today become a global tyrannical force and the victory of Trump as president of the United States. And this solidifies the position of Putin in Russia and Netanyahu in Israel as well as solidifying the opportunity of Jean-Marie le Pen in France.

Zahalka said that he hoped the Trump victory would be a catalyst “for a change in the Palestinian resistance strategies whereby there is an end to waiting for American relief. Trump’s words, and those around him, are very clear because he is not just with Israel but specifically with all audacity and arrogance with the Israeli far-right, represented by Netanyahu, Trump’s friend and twin.”

Islamist movement Hamas, which controls Gaza, said following the announcement of Trump’s win, that it did not expect a change in US policy.

“The Palestinian people do not count much on any change in the US presidency because the US policy towards the Palestinian issue is a consistent policy on the basis of bias,” Hamas spokesman Sami Abu Zuhri said on Wednesday.

“Nevertheless, we hope that US president Trump will re-evaluate this policy and rebalance it on the Palestinian issue.” 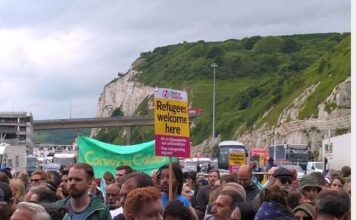