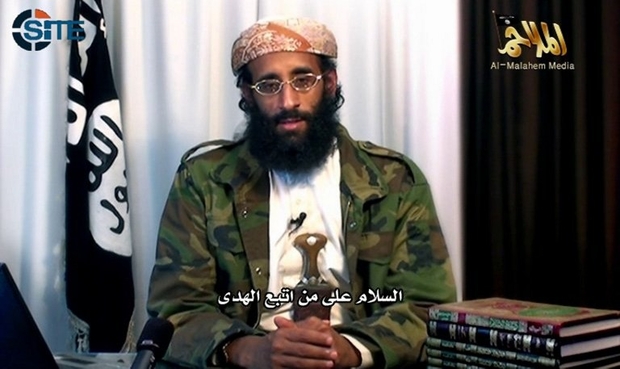 “She was hit with a bullet in her neck and suffered for two hours,” said the eight-year-old’s grandfather.

The raid that killed Awlaki’s daughter was part of a dawn attack in southern Yemen on Sunday that killed a US commando and around 30 people including al-Qaeda suspects and civilians, the US military and local Yemeni officials said.

It was the first combat casualty of the Trump administration and its first operation in the war-damaged Arabian Peninsula nation against a powerful al-Qaeda branch that has been a frequent target of US drone strikes.

Medics at the scene said 30 people were killed, including 10 women and three children.

“The operation began at dawn when a drone bombed the home of Abdulraouf al-Dhahab, and then helicopters flew up and unloaded paratroopers at his house and killed everyone inside,” one resident said, who spoke on condition of anonymity.

“Next, the gunmen opened fire at the US soldiers who left the area, and the helicopters bombed the gunmen and a number of homes and led to a large number of casualties.”

A Yemeni security officer and a local official corroborated that account. Fahd, a local resident who asked that only his first name be used, said several bodies remained under debris and that houses and the local mosque were damaged in the attack.

In a message on its official Telegram account, al-Qaeda mourned al-Dhahab as a “holy warrior” and other slain militants, without specifying how many of its fighters were killed.

The gun battle in the rural Yakla district of al-Bayda province also killed a senior leader in Yemen’s al-Qaeda branch, Abdulraouf al-Dhahab, along with other militants, al-Qaeda said.

The US military said in a statement that 14 al-Qaeda militants died in the raid, which netted “information that will likely provide insight into the planning of future terror plots”.

Three US commandoes were also wounded in the operation in which a military aircraft experienced a hard landing and was “intentionally destroyed in place”.