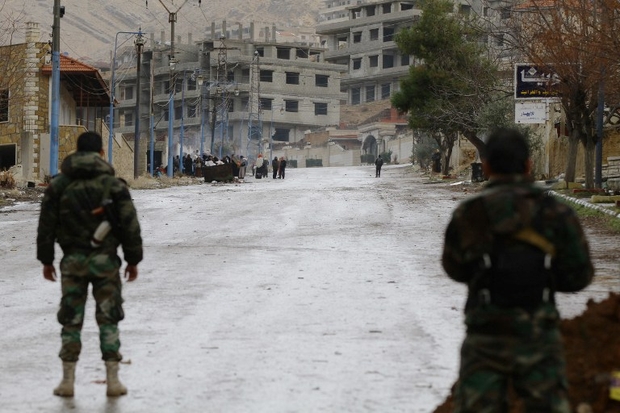 BEIRUT, Lebanon – Moussa al-Maleh thought things could not get worse after the death of his 12-year-old son Mohammed. Shocked by a Hezbollah sniper in the besieged town of Madaya, the boy fell from a fourth-floor balcony, suffering serious skull and neck injuries.

After appeals for an evacuation to Damascus for medical treatment failed, the middle-school student died in the small mountain town’s makeshift hospital – little more than a dingy room with a bed.

But Maleh’s pain was about to worsen. A few days later, his pregnant wife went into labour. After an emergency Caesarean section, she gave birth to a still-born child, Abed al-Rahman.

“He did not live. He preferred to die because it is better than seeing our reality,” Maleh told Middle East Eye in his first English-language interview since the death of two of his six children in a week.

The still-born Abed al-Rahman was photographed wrapped in white swaddling, a flower placed next to his pink, sore skin.

“We were forced to carry out an operation to take the baby out of her belly, but he was dead,” Maleh told MEE. “My wife’s blood pressure was still high. We appealed to the world to help her but also without response.”

The mother, who survived her emergency labour, is now at home, alive but weak.

“She wakes up for 30 minutes and then loses consciousness again,” Maleh said. “We are waiting for the mercy of the God.”

His double bereavement is a small window into the pain of Madaya, where the population of 40,000 lives surrounded by snipers, landmines and the remains of charred fruit orchards, long since burned by surrounding troops of the Assad government and its Lebanese ally, Hezbollah.

Burned fields around Madaya after residents claimed they were razed by Assad regime and Hezbollah forces (supplied to Lizze Porter from Madaya resident)
Siege Watch, a body that monitors surrounded towns and cities in Syria, said the town remains “critically besieged,” with deaths from starvation and forced displacement of families living near Hezbollah checkpoints being reported.

The situation is so desperate that in the past few days the three medical staff running Madaya’s last hospital were forced to close the room.

“We shut the hospital because no one answered our needs. There are no painkillers here, no specialist doctors, no specific drugs,” said Mohammed Darwish, a dentistry student among the team of three people responsible for medical services in Madaya, as specialists have left or died. “They stopped the evacuations too, so we decided to shut the hospital, especially after the death of Mohammed al-Maleh.”

Equipment and medicines had run so low that they conducted operations without anaesthetic. When they were operating on Mohammed al-Maleh, Darwish said, oxygen ran out shortly into the work. He had to be kept breathing manually, he said.

They tried to consult surgeons in America or Idlib via the Internet for advice, but were often forced to treat patients with injuries and illnesses beyond the realms of their expertise.

“We are not specialists, but we have to work like this because there is no alternative,” he said.

The UN confirmed the closure in Madaya, saying medical authorities suspended their activities “due to lack of medical resources and specialists”.

Time and time again, the team had appealed for medical evacuations to the capital for cases they knew they could not treat.

Access to better medical facilities in Damascus has depended on the so-called “Four Towns Agreement”.

Under the deal, signed last autumn, the Syrian government and its allies only permit access out of Madaya and neighbouring Zabadani if similar evacuations are allowed from Fua and Kefraya, two towns besieged by rebels in northern Idlib province.

In July, Yacoub el-Hillo, the UN’s humanitarian coordinator for Syria, said its teams were ready to carry out medical evacuations and asked the involved parties to “put an end to the tit-for-tat approach of the [Four Towns] agreement” that prevented emergency responses.

UN’s humanitarian coordinator for Syria, Yacoub el-Hillo, looks on after talking to journalists as an aid convoy waits on the outskirts of besieged rebel-held Syrian town of Madaya, on 14 January, 2016 (AFP)
The following month, 18 medical cases, including 13 children, were allowed out of Madaya for treatment in Damascus. In September, Darwish and his colleagues secured the evacuation of a Madaya resident who stepped on a mine as he tried to escape the town. He survived, but one of his legs was amputated.

But others, including Mohammed al-Maleh and little Abed al-Rahman, were not so lucky.

Even when burying his older son, Maleh said, he could not escape the Hezbollah snipers who have surrounded his town since July last year.

“They tried to kill us and shot at us too during Mohammed’s burial. He was not enough for them to stop. They continued, but thank God I was safe afterwards.”

A 25-strong group of the schoolboy’s friends came to pay their respects to their friend, despite the risk of gunfire.

Mohammed al-Maleh, who died last week after falling from a balcony when shocked by a Hezbollah sniper in Madaya (photo supplied to Lizze Porter from Moussa al-Maleh)
“In the funeral service, his school friends came together,” the bereaved father told MEE. “The old people who were there started crying when they saw this scene. That was very emotional.”

Maleh now looks to the graves of Mohammed and Abed al-Rahman from his balcony every day.

“My home is near their burial place. Every day I look to them from my balcony, and start crying, and I cry, and cry, and cry.”

Madaya came to the world’s attention last year when images appeared of its starving residents, who had been reduced to eating grass and cats as food supplies ran out.

A handout picture released by UNICEF and taken on 14 January, 2016 shows a UNICEF employee measuring the arm of a malnourished child in the besieged Syrian town of Madaya (AFP / UNICEF)
The town has since received aid deliveries, but the lack of variety means residents are still malnourished.

“People here have been eating bulgar wheat and rice for six months,” said Maleh, who was a property owner before the war and is now head of the local council. “You can imagine, if you were in Beirut and ate only hamburgers for a week, you will not want to eat it any more. The jails are better than here because there is a variety of food there, not the same food.”

His hometown was once an attractive market and resort. Just 40 km from the Syrian capital, it was a mountain retreat for wealthy Damascenes.

“Madaya was a very rich city – it had an international market and fancy houses,” Maleh explained. He said that his land had been set on fire by government and Hezbollah forces, preventing cultivation of fruit and vegetables which could improve the townspeople’s diet.

“I had apple and pear farms, but they burned them three years ago because I am an opponent. They burned all the farms in Madaya and Zabadani.”

It is not only the physical health of Madaya’s residents that has suffered. Save the Children reported in September that 13 residents had tried to commit suicide in the previous two months, including a 12-year-old girl. There had been next to no reported attempts before the siege.

Hundreds more people in the town are suffering from illnesses including severe depression and paranoia, the charity said, with no access to specialist mental health care services.

The trauma is raw for Moussa al-Maleh, who wonders where the future lies.

“Which future do you mean?” he said, when asked what he sees in the days to come. “Does the prisoner think about the future? In Madaya we do not have a future … the town is bleeding and writes its stories in the blood of children, men, and women. 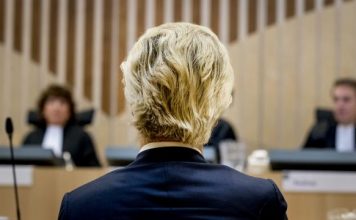